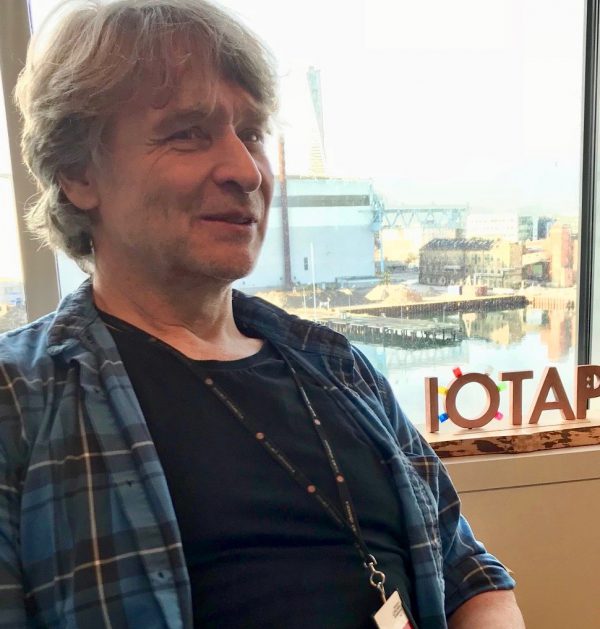 Malmö University has a strong tradition of research within the areas of computer science and interaction design. One of those who thinks it’s an important research area is PhD student Lars Holmberg at IOTAP. In his PhD project he will focus on the interaction between human users and systems based on artificial intelligence.

Lars, which are your research interests?

During my career as a computer scientist, a main focus has been the interaction between humans and technology.

“Interaction between humans and technology”, can you explain a bit further what you mean with that?

I have mostly been interested in converting technical solutions to something usable. At the moment, the growth of artificial intelligence (AI) as a useful technology opens up a new area of interaction possibilities. One interesting aspect of AI is the increased opportunities to build relations with technology that resembles a conversation with a non-human more than a human-controlled situation.

Why is this research important?

Humans’ ability to build relations with other humans and e.g. domestic animals is an interesting field to study. The results can perhaps be used as inspiration when designing interaction with systems that mimics intelligent behaviour based on AI.

Systems that surpass human level exists to some extent already today, but further into the future, they will also be good at interacting more intelligently. As a result of this, risks and ethical considerations are a central topic when entering this field.

Already today AI exists in different forms on the internet, e.g. in search engines and recommender systems. AI also appears in an increasing number of IoT-devices.

My main interest is in the interaction with AI systems and an interaction that adopts to individual users in a continuous learning process and how this type of AI-enhanced systems can support us in our daily life.

Which IOTAP projects are you involved in?

» Lars Holmberg is a PhD student at the Faculty of Technology and Society, Computer Science, Malmö University. His supervisors are Paul Davidsson and Carl Magnus Olsson.