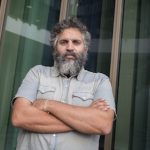 The event is open to the public.

You should also take the opportunity to experience the Arduino exhibition, which revisits some of the projects presented in Cuartielles’ dissertation. With photographs and reflections, it explores a 15 year long timeline made of hardware prototypes, products, software, and thousands of hours of interaction with end users. The exhibition is built using the Arduino platform as an example of how a modular platform can result in the creation of other tools and systems.

ABSTRACT | Platform Design is a study of different viewpoints on the creation of digital systems, and how they converge in platforms designed, built, and managed by communities. As sociotechnical constructs in which features emerge through the interaction of different stakeholders, platforms are understood as both means and outcomes – the ‘things’ or boundary objects in a design process – generating the spaces where communities of practice can form.

Utilizing two strongly interwoven timelines in education and research (both in academia and industry), the thesis shifts the centre of balance in actor–networks by iteratively recalibrating from a techno-deterministic analysis towards a community-driven one. The theoretical background in the fields of cybernetics, critical theory, design, and the sociology of technology frames the empirical work, which consists of academic publications, design reports, and the publicly available documentation of realized projects. In the space between theory and praxis, a methodological toolbox is developed, a posteriori revisiting experiences gathered over a decade. Drawing on a series of functional concepts, the thesis proposes an alternative co-design framework, termed inclusive multiple prototyping. Meant to augment new sensibilities that are pertinent to the design process of platforms, this framework addresses the inherent complexity of actor–networks and human–machine communities.

In practical terms, the thesis describes a series of projects, some of which can be considered platforms, while others would be better categorized as tools, toolboxes, kits, or infrastructure. These include co-creating the Arduino community, repurposing kitchen appliances for connection to the cloud, designing a modular prototyping platform involving programming and electronics, deploying an indoor location system, creating educational kits for upper secondary school teachers, and inventing new haptic interactive interfaces. Some of the projects required the long-term involvement of the researcher in intimate communities of practice; others were temporal interventions, yet reached thousands of users. Practice-based and transdisciplinary, the thesis contributes to the field of interaction design by bringing in elements of a sociotechnical discourse, while problematizing notions such as democracy and governance, openness of tools and outcomes, modularity, generalizability, and transferability – the three latter terms further fuelling the research questions. The research shows that these are properties that enable the creation of platforms, although the question remains whether there is such a thing as a standardized platform. While this thesis touches upon the potentials of state-of-the-art platform technology, it also points to the fact that there is work to be done, socially, ethically, and politically, when considering the augmentation of platforms for everyday use as pervasive and artificial intelligence agents.